The People Most Affected by HIV In Eswatini

The Man Behind The Data Of The Research Company

The People Most Affected by HIV In Eswatini 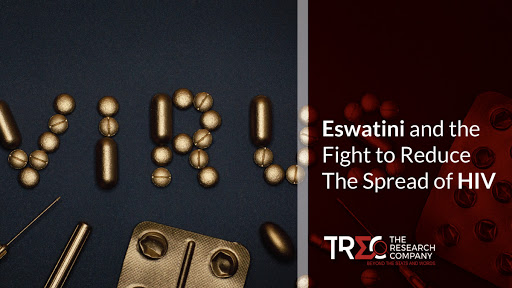 When you mention the country Eswatini, most people in the world have no idea where it is. The few that do, know very little about it but one thing they do know is that Eswatini has the highest AIDS rate in the world. With a population that is just over 1 million, over 210 000 people are currently living with HIV. Even though this number is high, the country has made great efforts to turn around its epidemic.

Eswatini, formerly known as Swaziland, has been one of the hardest-hit countries when it comes to the Aids epidemic. Couple a small population with a lack of sex education, HIV ran rampant for years. The most affected people include women, orphans and sex workers.

According to Avert.org, Sex workers are 13 times more at risk to  HIV compared with the general population, due to being economically vulnerable & unable to negotiate consistent condom use. Most sex workers fall into this occupation because they don’t have the education to get a sustainable job. Sex work is the easiest way to make money and doesn’t need skill. One of the challenges they face is men not wanting to use condoms. This makes their job very high risk because it’s difficult to make demands no when money is involved.

Orphans were exceedingly affected for years because people in Eswatini that were diagnosed with HIV either refused to believe they had the virus and take medicine or didn’t’ have access to medicine. This led to thousands of people dying earlier than they should have, leaving thousands of children orphaned. Luckily, there many programmes that focus on assisting orphans in their daily life.

The third most affected people are women.  According to UNAIDS  “The first thing to know is eSwatini is a patriarchal society. Women are considered children,” Swazi women cannot take steps to prevent the spread of HIV, and when they receive their diagnosis, they are often blamed, socially isolated, or face stigma and violence. As a result of gender inequality and cultural practices, an estimated 16% of Swazi girls and young women were living with HIV in 2018, a reflection of the broader burden of HIV on girls and women.

Eswatini has come a long way in treating the sick. Its massive scale-up of testing and treatment has slashed the rate of new infections by 44%. They achieved this by running campaigns that educated people about the risks, anywhere you go in Eswatini you will find some type of flyer or notice on preventing HIV. The country has also made testing and HIV treatment free for any citizen that needs it. This has given people in the most rural of places the chance to treat themselves and live longer.

All the work done to reduce the spread shows that having an HIV free country is possible. Eswatini seems to be on the road to that goal.